The functioning of a magnifying glass is often a topic in natural science subjects at school. Mostly in the field of optics in physics lessons. For this reason I explain to you here easily understandable, how a magnifier works.

Explanation – how does a magnifier work?

Before we get into the subject of magnifying glasses, a short word about how the human eye perceives objects and their size. This is important in order to understand the magnifying glass better later.

When we look at an object, our eye absorbs the light reflected by it. We perceive its size through the rays of light that enter the eye from the top and bottom points in a STRAIGHT line. The image shows the same object twice, only at different distances. 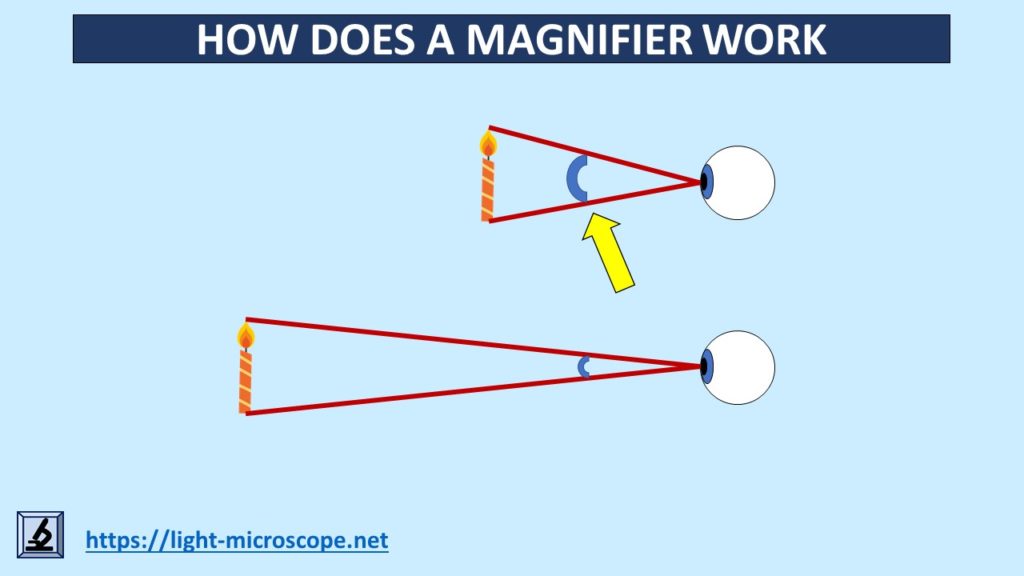 When the lowest and the highest rays of light reach the eye, they are at a certain angle to each other. It is the size of this angle that determines how large we recognize an object. This is also the reason why objects look smaller to us with increasing distance.

Magnification glass – refraction of light of a convex lens

Now a convex lens is placed between the eye and the object. The course of the light rays is now different. The object reflects the light again, but it is refracted as soon as it enters the lens and then again when it leaves it. 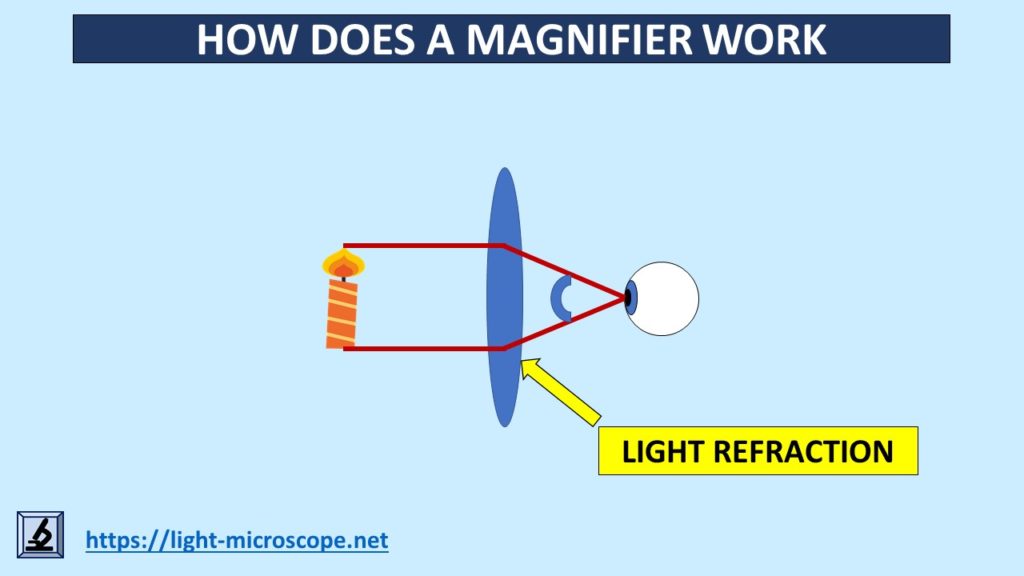 All convex lenses have the ability to bundle all parallel rays to one point – the focal point.

This changes the course and then the angle of incidence of the rays. It is magnified by the lens. To the eye it looks as if they now come from another direction, namely from the one marked with the red dotted lines. See picture below:

The larger angle of incidence now makes the object appear much larger than it actually is. It does not move closer or further to the eye. It is apparently only stretched in all directions.